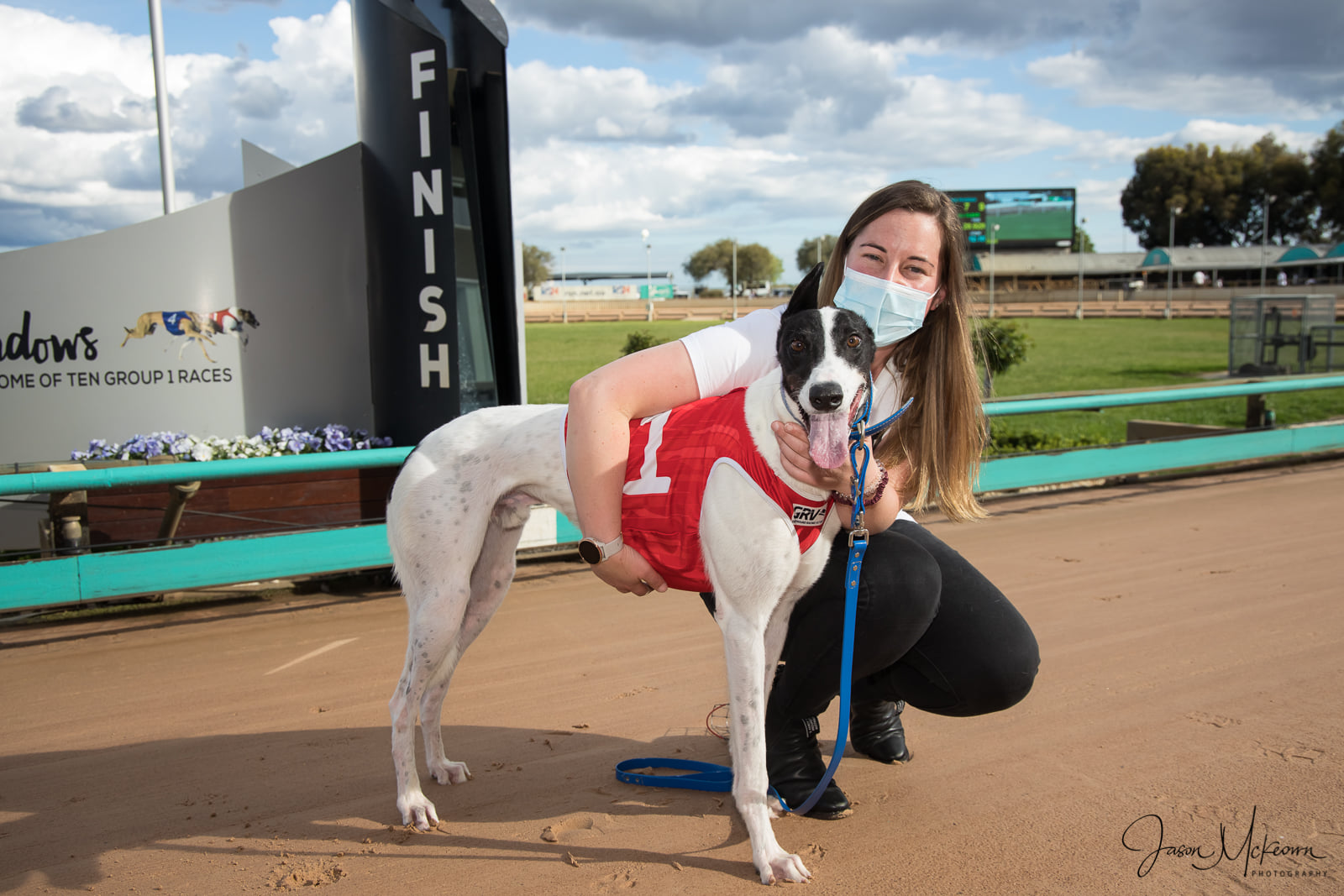 “The dog has a future but I reckon he’s got no hope,” said a candid Ennis, who trains Old News in partnership with wife Brooke.

“He’s in the hardest semi by a mile and he’s drawn horrible.”

Old News, a November 2019 son of Fernando Bale and Pandaken, opened his career last month winning heat and final of a maiden series at Geelong, before clocking a slick 29.93sec on debut at The Meadows at his third start.

He then ventured to Warrnambool for last Thursday’s heats of the Great Chase, restricted to Victorian-bred-and-trained greyhounds with 1-5 wins, where he was sent out the $1.50 favourite from Box 4 in a field of six.

FIELDS AND FORM THE MEADOWS WEDNESDAY

Old News was last early but extricated himself from an awkward position with a barnstorming finishing burst down the centre of the track, defeating kennelmate Bop Bop by 2.5 lengths in 25.44sec.

Old News will return to The Meadows on Wednesday for what is on paper the toughest Great Chase qualifier, where his main rivals appear to be Revolution, Don’t Tell Bluey (Box 4) and Hamillson (Box 5).

“He was impressive at Warrnambool but if he boxes like that tomorrow he won’t run a place.

“It’s disappointing when you pick up the form guide and can’t see how he can win. It’s just a bad draw. The three (Old News), four (Don’t Tell Bluey) and five (Hamillson) all begin the same, the four and five want the fence and I want the outside, so it doesn’t look very promising.

“I think the eight (Revolution) is going to be hard to beat. It’s going well and I think it’s probably drawn alright too.

“If Old News happens to win, it will be because of other dogs doing things wrong. But funny things can happen in young dog races so we’ll see what happens.”

Similarly, Ennis is also downplaying Bop Bop’s chances in the fifth semi, where the son of Cosmic Rumble is a $6 chance from Box 6.

“He’s probably in the easiest of the semis but he’s a Grade 5 dog, isn’t drawn well and will need luck.”

While Ennis doesn’t have any ‘great’ Great Chase expectations, he’s more upbeat about the prospects of in-form sprinter Barooga Smoke in the opening round of Melbourne Cup preludes at Sandown Park on Thursday.

Winner of the G3 Easter Gift at Sandown and runner-up in the G2 Horsham Cup earlier in the year, Barooga Smoke has returned from a break in great order, with three wins and two seconds from six starts, with his only unplaced run coming in the G2 Healesville Cup final.

Another son of Fernando Bale, Barooga Smoke improved his excellent Sandown 515m record to 6 from 9 last Thursday, clocking a fast 29.21sec, and his clash with brilliant speedster Koblenz, which posted a BON 29.16sec last week, will headline Thursday’s card.

“He’s had a lot of time off with injury and made good improvement with each run,” Ennis said.

“I don’t think he can beat Koblenz on last week’s run but they’ll know he’s there. You can never say he’s not a chance because he chases so hard and runs times that always puts himself in the race.”

TAB And Thompson Join Forces For The Phoenix

Wheeler And The Daillys: A Special ‘Team’